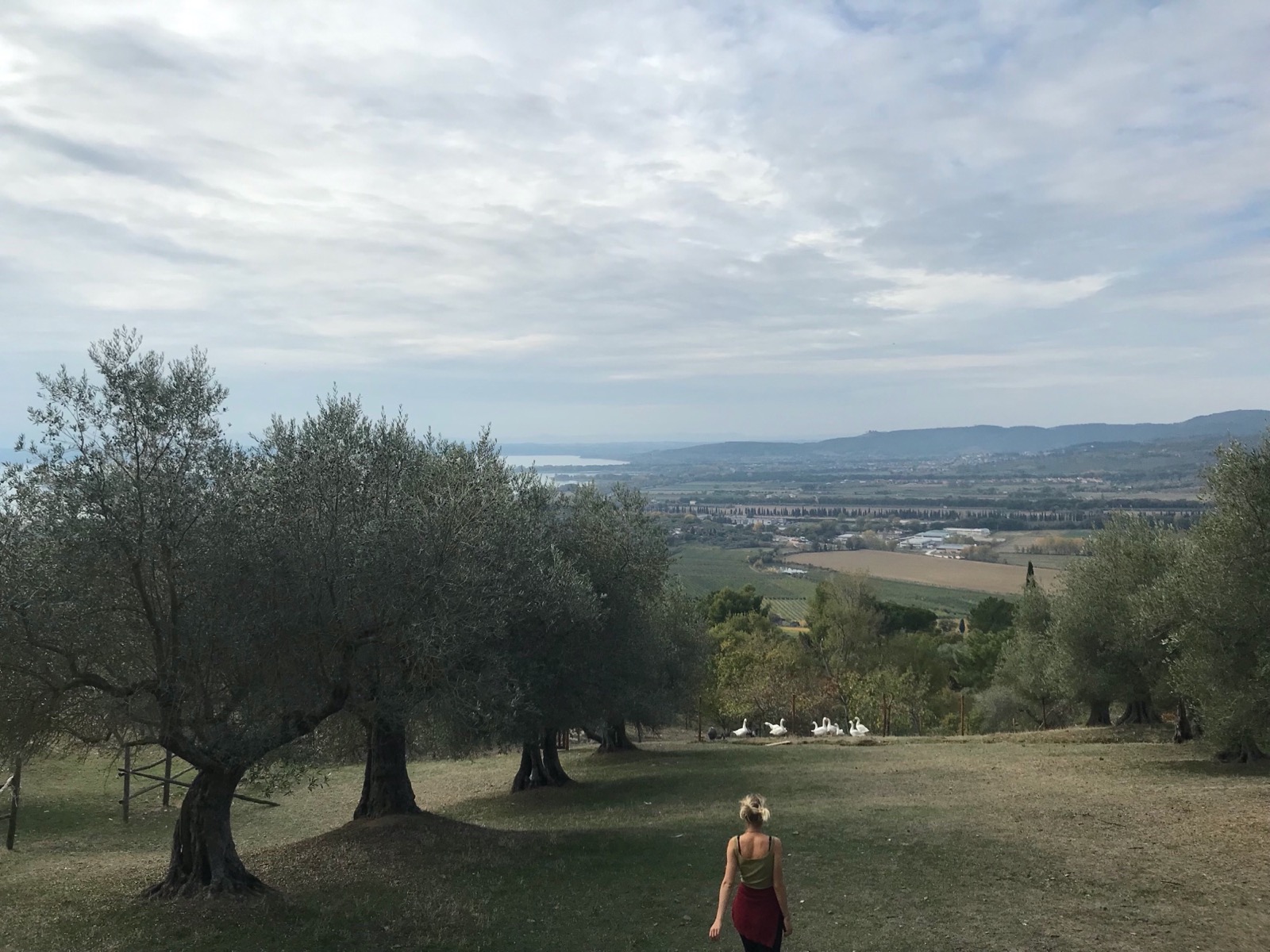 Luka arrived in September 2021 from the Netherlands to join our “European Solidarity Voices” project in La Buona Terra, Italy, volunteering for us in farm activities and non formal education projects. She’s staying one year, but last month she went back to the Netherlands for some holidays, and being at home made her think a lot about everything the experience brought her so far.

The project is funded by the European Commission through the European Solidarity Corps programme and the Italian Agency for Youth.

This is what she wrote! 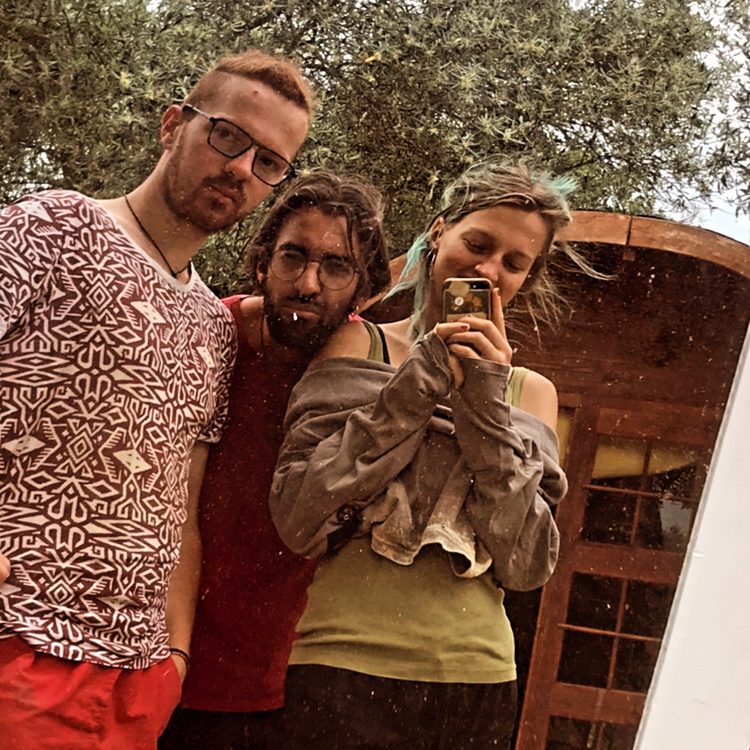 I didn’t come here looking for me. I think I had kind of given up on that. One thing you should know about me is that I lost track of things for a long time. That the world raced too fast for a long time, that I didn’t understand how nobody said anything about the speed still moving at 1.5x. The world felt clammy for a very long time. Or I felt clammy. It was hard to tell the two apart. Me and the world. For a long time I didn’t know that that wasn’t the intention either, and never was. That one lives in cycles, in circles and seasons, rather than in peaks and valleys. That one is not opposite nature, is not a reflection of it, that nature is not a mirror, but a window. A house. An inseparable part of our bodies, of our breathing that is always moving in and out, even when we don’t think about it. For a long time I didn’t know that the purpose of human beings is to move. 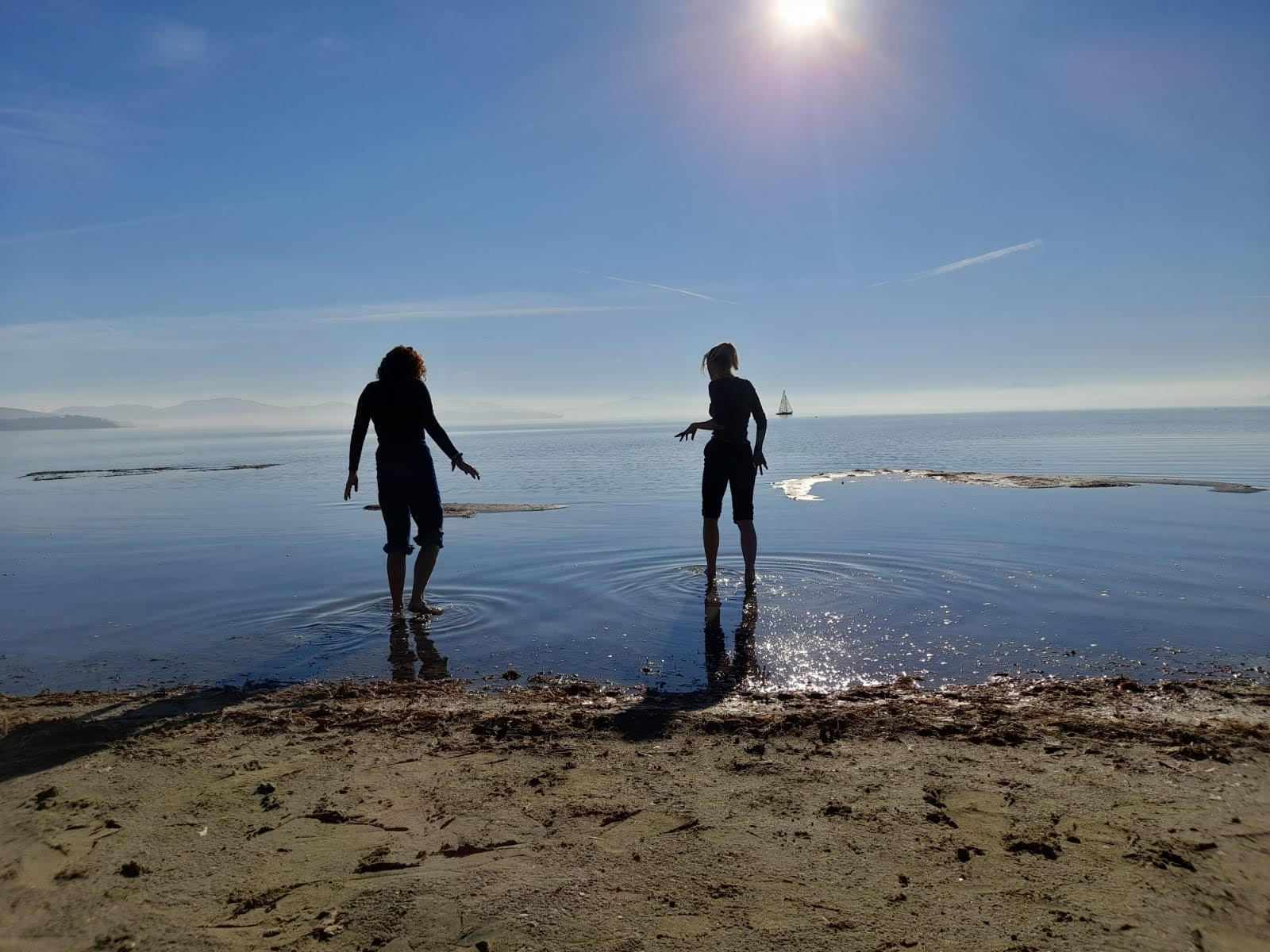 Here in the middle of Italy, near Lake Trasimeno, on a farm built on volunteerism and olive oil, I stopped counting time in days. I came here at the end of September for a year, working outside on the land and helping with the organization of the farm as a whole. A volunteering program, fully sponsored by Mama Europe. Since I have been here, time no longer moves in hours. It moves in seasons. She moves from making clay to cutting trees to picking the lavender. She moves from night frost prevention to filling watering cans and building the third outdoor shower. From germinating the leftover onions in the new vegetable garden to the first almond blossom to the last almond to crack and press, to the last drop of olive oil and the first olives and blossoms in between. The smell of resin turns into the burning sun and another thunderstorm night. From keeping the stove burning to the first dip in the lake. She brings new people, time after time, to make me tell about the beauty of the earth and the faults of humans. Time moves from workshops to late night discussions of what can be done differently. From fear to hope. From expectation to questioning. She moves from initial introductions to tearful goodbyes. From groups from all corners of Europe, from misunderstandings to a common agreement, an identity perhaps. From love. Of dance. From respect. To all that we can do together. She moves in gradations from the evening that changes everything and seems softer and softer towards the morning. She moves from the stars to the sun, and where it sets. She moves from me to me. From the one I was to the one I am beginning to become. Who I want to become. Who I already am. She moves from me to nature and makes me realize that the distance between the two of us is negligible. That ivy grows on me too, that I change color with the sun just like the grass, and that I yearn for rain as this boot country turns into a desert. I suddenly see my emotions changing like the clouds in the sky, darkening and illuminating as the twilight. I see the constellations of birthmarks on my body. I breathe in and out and realize that flowers are growing in my organs. 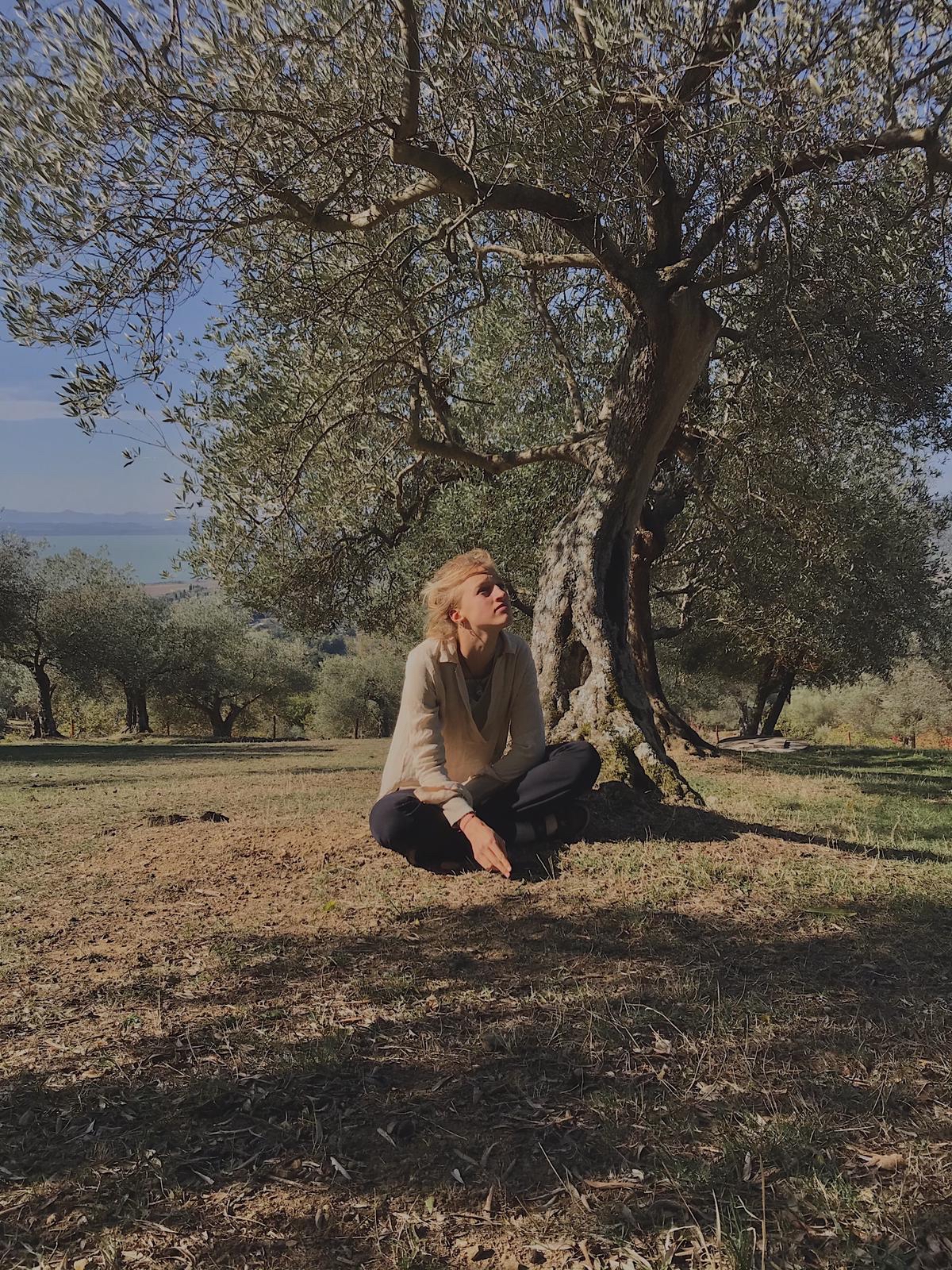 I realize that I left to flee. That perhaps fleeing is a reaction to a fundamental misunderstanding of the world around me. That nothing has changed because I always carry myself with me. But that at the same time everything is different. Because suddenly I don’t count the days anymore but the seasons. The days of light and the hours of sun. That I no longer measure my growth but only admire it. Because that’s all nature has been telling us for centuries. That everything comes and goes but that we remain. How resilient we are. How firm our skin. How reflective our eyes. She reminds us that the wonders of the world are not yet out of this world. And most certainly not our bodies. That we find ourselves in the places we want to run from. That we exist, like everything else. Above nothing. Below nothing. In between everything.’ 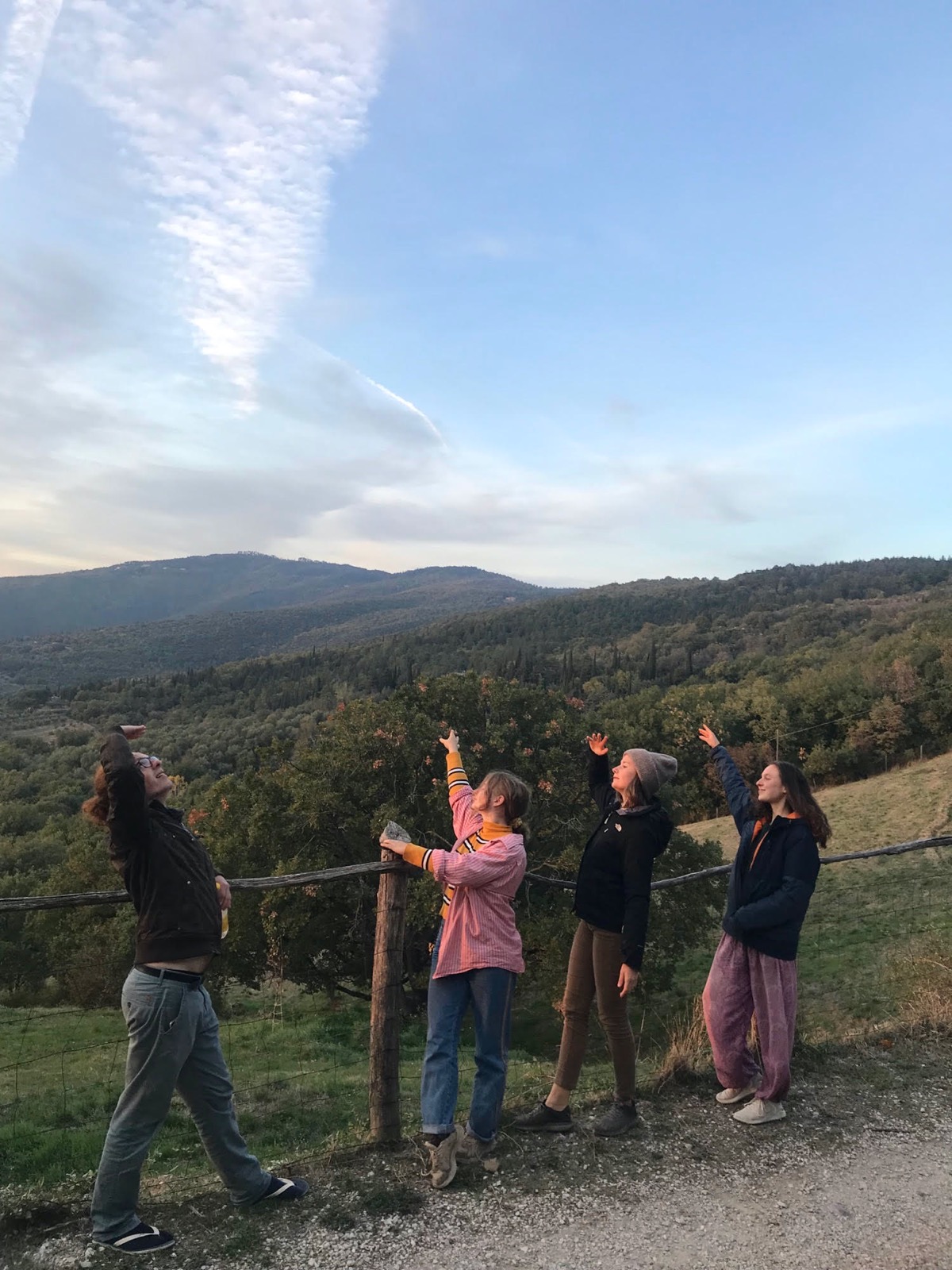